The issue of employers classifying security officer and protective agents as “independent contractors” continues to be on ongoing problem in California and is, generally speaking, illegal. 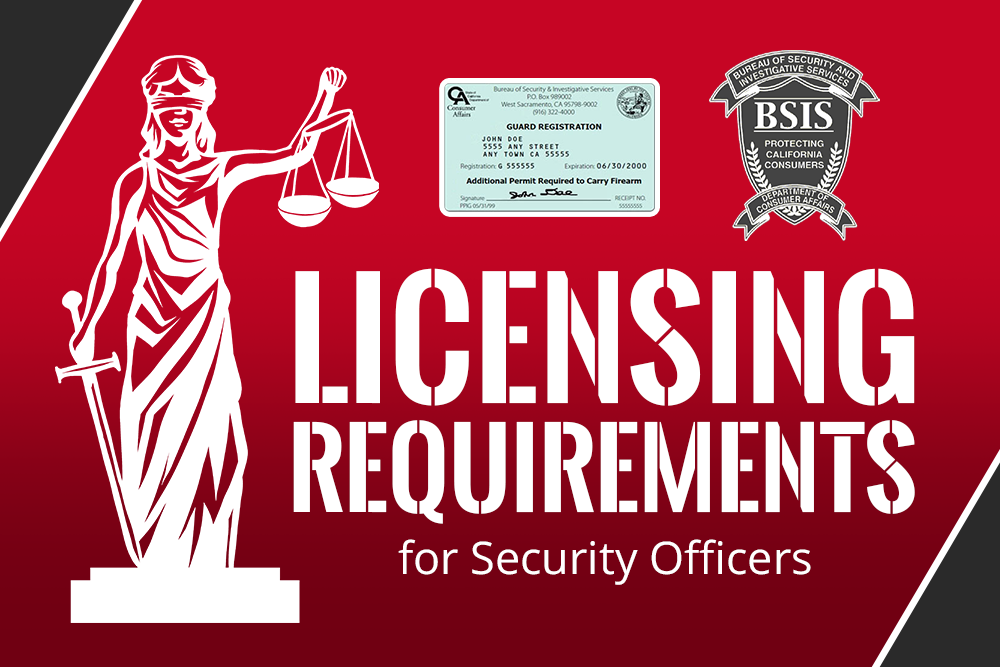 Despite this many employers do this to avoid overtime, payroll taxes and workers compensations premiums and many security & protective personnel, desperate for income or just trying to “break into” the field, accept these positions despite the risks. Some of these employers are based in California but many are based outside California and operate intermittently within the State. Since California offers no “grace period”, any security work done must be conducted by employees of a State licensed company and not by independent contractors.

This law will hopefully encourage some unscrupulous employers to change their illegal practices in the hiring of security & protective personnel and help level the playing field for businesses following the letter of the law.

On October 9, 2011, California Governor Jerry Brown signed into law Senate Bill 459, the “Worker Classification Bill,” regarding independent contractors. The law significantly increases the risks and penalties for misclassifying workers as independent contractors by imposing substantial penalties on employers found to have engaged in misclassification, as well as on advisors (other than attorneys) who advise an employer to engage in such treatment. The new law also includes what many have characterized as a “Scarlet Letter” provision that will require the offending employer to make a public confession of its unlawful behavior.

The new law, which was authored by Senate Majority Leader Ellen Corbett, a Democrat from Alameda County, applies to “willful misclassification” of a worker as an independent contractor. The law states:

“Willful misclassification" means avoiding employee status for an individual by voluntarily and knowingly misclassifying that individual as an independent contractor.

The law provides no standards for what is “voluntary and knowing.” Since an employer is presumably aware when it engages an individual as an independent contractor rather than as an employee, the above definition provides little defensive assistance to an employer. Even in the unlikely event that an employer does not have actual knowledge of the treatment, the “knowing” standard would likely be interpreted to include constructive knowledge, which, in turn, includes what the employer “should have known.”

Violators are subject to civil penalties between $5,000 to $15,000 per violation, in addition to any other penalties or fines permitted by law. Violators who are found to have engaged in a “pattern or practice” of violations are subject to a larger civil penalty of $10,000 to $25,000 for each violation. The law also provides no definition of “pattern or practice,” leading to the possibility that the higher penalties might be assessed where an employer has misclassified more than a single individual.

Employers found to have engaged in any violation must post a prominently displayed notice on the employer’s Internet website advising employees and the general public of its violation. This is the so-called “Scarlet Letter,” a reference to the badge of shame worn by the principal character in Nathaniel Hawthorne’s famed novel. Employers without a website must have the notice “displayed prominently in an area that is accessible to all employees and the general public at each location where a violation occurred.” The notice, which must (i) remain for one year and (ii) be signed by a corporate officer, must state, in essence, the following:

The employer “has committed a serious violation of the law by engaging in the willful misclassification of employees.”

The employer has “changed its business practices to avoid committing further violations” of the law.

“Any employee who believes that he or she is being misclassified as an independent contractor may contact the Labor and Workforce Development Agency” [and the notice must list the agency’s mailing address, email address and telephone number].

This “notice is being posted pursuant to a state order.”

Although the California Labor Commissioner is charged with enforcement of this new law, individuals may file their own complaints judicially. As a practical matter, by creating a private right of action with significant penalties, class action litigation potentially presents a greater threat than government enforcement.

Ironically, Governor Brown’s signature came just days after the Internal Revenue Service announced its new Voluntary Classification Settlement Program (VCSP). The VCSP provides forgiveness of most of the amounts that would otherwise be due at the federal level for those employers that reclassify independent contractors as employees. Acceptance of the VCSP may be seen as a trap because it could make defense of non-IRS actions almost impossible. However, if the classification of workers as independent contractors is not well-founded, the new California law provides still another reason to make changes.